Since 1992, Plastikon Group of Companies has been providing Cyprus, Europe, and Africa with products such as Plastic Storage Tanks and Solar Thermal Systems.

Three companies are housed under the group, each one of them offering different products but all of them can be combined to give the consumer the best possible outcome.

It all began in 1979 where we started producing and installing metal water storage tanks for solar heating, under the brand name Tubel Heaters.

During our first 12 years of experience in production and installation, we came up with numerous problems in constructing, transporting, lifting, and installing Metal Cold Water Storage Tanks.

In 1992, that was the era when drought started in Cyprus. At that time, the idea of bringing the technology of Rotational Molding and to start producing plastic storage tanks was grasped, so that Cyprus can have the opportunity to evolve from metallic to plastic storage tanks.

Under the name S&T Plastikon Ltd, Cyprus had the opportunity to start using storage tanks that are more durable and able to store not only potable water, but also oil and chemicals.

In 2003 S&T Plastikon LTD co-joined with Theochalko Solar Heaters and housed the production of solar panels and water cylinders by using 99,99% pure coper for the inner layer and heat tolerant metal and paint for the outer layers.

Producing and installing the water tank and the solar thermal solution was not enough for us. That is why in 2015 we created Lovewater to start importing water filters so that every house and business in Cyprus may have the ability to use and drink pure potable water.

Plastikon Group of Companies is housed in an ultramodern factory operating according to the demands of National and European law.

All our products can be used in either domestic or industrial applications.

Complete the form below and click send. We will reply to you as soon as possible.

Complete the form below and click send. We will reply to you as soon as possible. 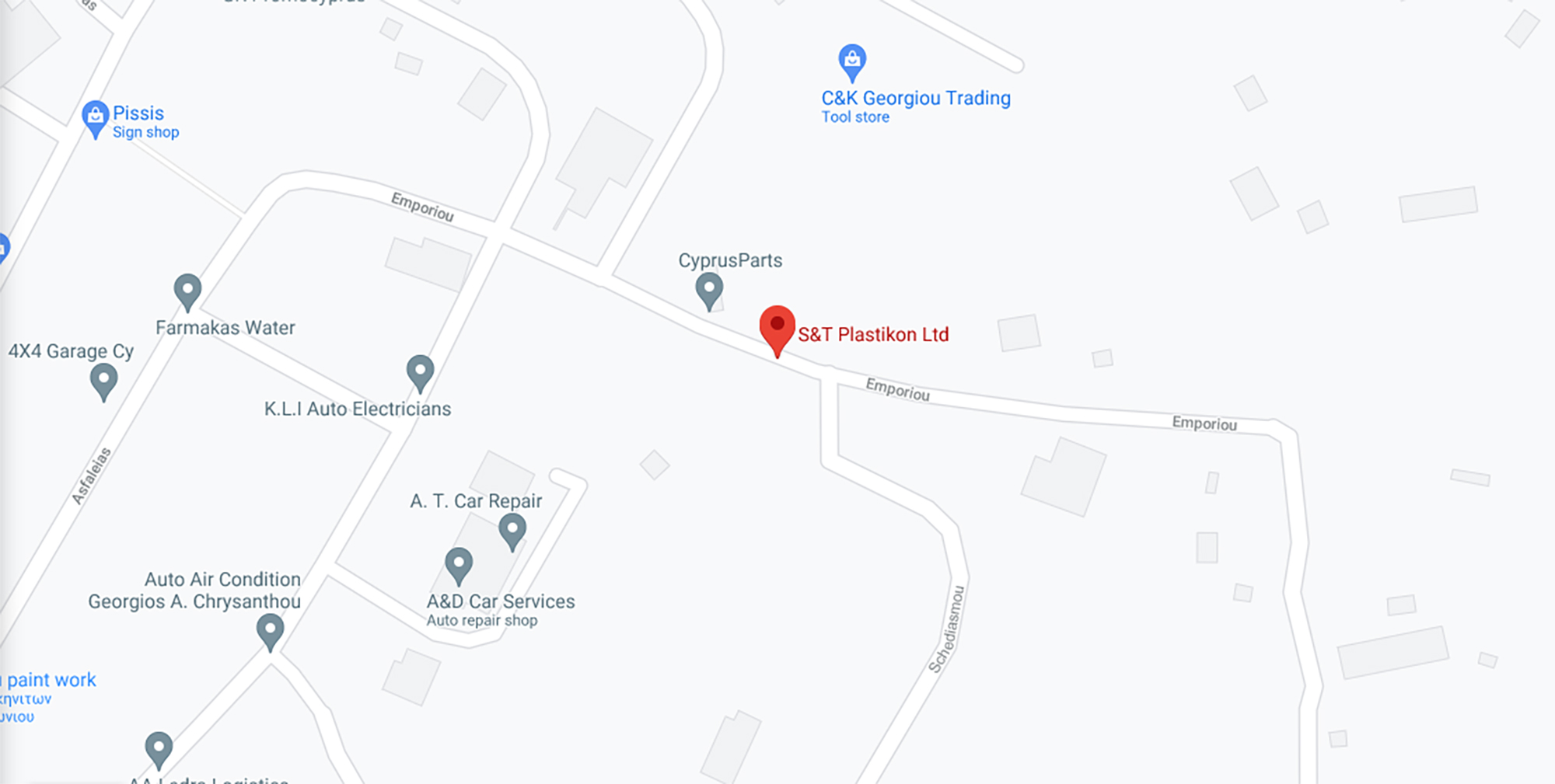